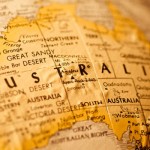 CargoMaster air cargo services include domestic air freight Australia (or urgent air freight, including air freight charter services for heavy and large air freight  ) all around Australia, to regional and the most remote centers and mine sites too!

CargoMaster handles all types of sameday and overnight air freight (or time sensitive air freight), including, construction equipment, mining machinery and parts, ship spares, truck and heavy equipment spare parts, medical equipment, shop fittings, exhibition equipment, conference items, tiles, tons and tons of biscuits and even musical and electrical equipment for show bands on tour! The list is endless! CargoMaster only works with the air freight industries best and most experienced airline-haul operators, so you know your air freight is in safe hands! CargoMaster will also assist you with De-stuffing International Self Pack Shipping Containers and packaging/identifying and classifying Dangerous air cargo (free of charge), for large airt freight requirements our services extend to the preparation and packaging of dangerous are cargo and preparation of dangerous cargo documentation, so as to meet IATA DG standards (by DG qualified and accredited personnel).

CargoMaster is renowned for delivering innovative and cost-effective air freight solutions to our clients in Australia (and overseas!). If you need to move urgent same day air freight to or from almost anywhere in Australia, call CargoMaster. CargoMaster KNOW-HOW to get your consignment to its destination quickly and cost effectively! 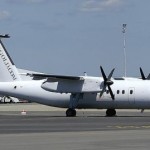 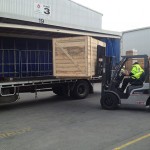 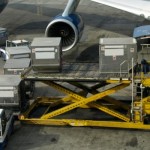 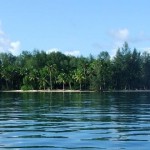 9—Handling 9.3.2—Table 9.3.A and the provisions of 9.3.2 have been revised to introduce segregation requirements for lithium batteries (UN 3480 and UN 3090 only) and dangerous goods classified in Class 1 other than Division 1.4S, Division 2.1, Class 3, Division 4.1 or Division 5.1. This aligns to the changes in 5.0.1.5, 5.0.2.11, PI 965 and PI 968. A note has been added to identify that the segregation of packages and overpacks loaded into ULD and aircraft cargo compartments, while recommended as of 1 January 2018, will not become mandatory until 1 January 2019. Appendix B—In Appendix B.2.2.4 new Cargo IMP codes have been added for UN 3090, Section IA and IB of PI 968—RBM and UN 3480, Section IA and IB of PI 965—RBI. These two new IMP codes facilitate the differentiation of fully regulated lithium batteries (UN 3090 and UN 3480) from those packed with equipment or contained in equipment (UN 3091 and UN 3481), which are currently assigned to RLM and RLI respectively. Appendix D—contact details for competent authorities have been updated. Appendix E—changes have been made to the list of UN Specification Packaging Suppliers (E.1) and the Package Testing Facilities (E.2). Appendix F—the list of Sales Agents (F.2), IATA Accredited Training Schools (F.3—F.5) and IATA Authorised Training Centres (F.6) have been revised. Appendix I—A new appendix has been added to this edition of the DGR to provide the detail of the changes that will come into effect as of 1 January 2019 based on the adoption of the changes arising from the 20th revised edition of the UN Model Regulations as well as the changes that have been agreed to date by the ICAO Dangerous Goods Panel for inclusion into the 2019–2020 edition of the Technical Instructions. These changes include: ● replacement of most instances of the word “risk” by the word “hazard”. The changes reflects the increasing use of safety management systems where “risk” is the likelihood of an event combined with the severity of the outcome, whereas hazard is used to identify the inherent properties. So, for example a substance may have a “subsidiary hazard”, not a “subsidiary risk”. ● significant changes to the provisions for the classification of corrosive substances. These changes reflect the work of the UN Subcommittee with the GHS Subcommittee to better align the classification provisions for transport for Class 8 substances with those for supply and use. ● a new requirement for manufacturers and subsequent distributors of lithium cells or batteries to make available a summary of the UN 38.3 tests. ● new provisions for the classification of articles containing dangerous goods, n.o.s.. This includes twelve new UN numbers, UN 3537 to UN 3548, that have been assigned to articles containing dangerous goods in Classes 2, 3, 4, 5, 8 and 9 and Division 6.1. The details of the provisions that will come into effect in 2019 for air transport have still to be finalised by the ICAO dangerous Goods Panel. ● a number of new and modified special provisions. ● removal of the lithium battery handling label (7.2.4.7). As of 1 January 2019 only the lithium battery mark (7.1.5.5) will be permitted on packages of lithium batteries prepared in accordance with Section IB of PI 965 or PI 968, or Section II of PI 965 to PI 970. REFERENCE MARKS The following symbols placed against an item indicate changes from the previous edition: Symbol—Meaning —Addition of a new item. —Change to an item. —Cancellation of an item. —Additional IATA requirements. —Indicates that the item relates entirely to Radioactive shipments

If you need to move urgent air freight, then you need CargoMaster!

Please Note:
This list does not describe all types of hazardous air freight (it is not exhaustive and all encompassing). General items listed below may be found in baggage and possibly have hazards that are not immediately apparent. There are strict laws in relation to lodging of hazardous air freight and compliance with dangerous goods regulations.
Typical examples of Hazardous Air Freight: